Outlook: Energies are mixed to start the shortened trade week. Headlines remain relatively quiet; however, China did announce that they will no longer require inbound travelers to quarantine. China has continued to reduce covid measures despite elevated cases which have helped maintain a bullish outlook. US refiners are beginning restarts after a winter storm shut in roughly 1.5 million bpd of refining capacity. It could be over two weeks before full operation returns and we’ll likely see the real effect over the next several EIA reports. This week’s EIA stats will be released on Thursday at 10:00 am CT due to the holiday.

Continuous Daily HO: January diesel may look to test its monthly high heading into expiration this week. Diesel traded to a high of $3.4103 on December 1st before selling off to a low of $2.7647. 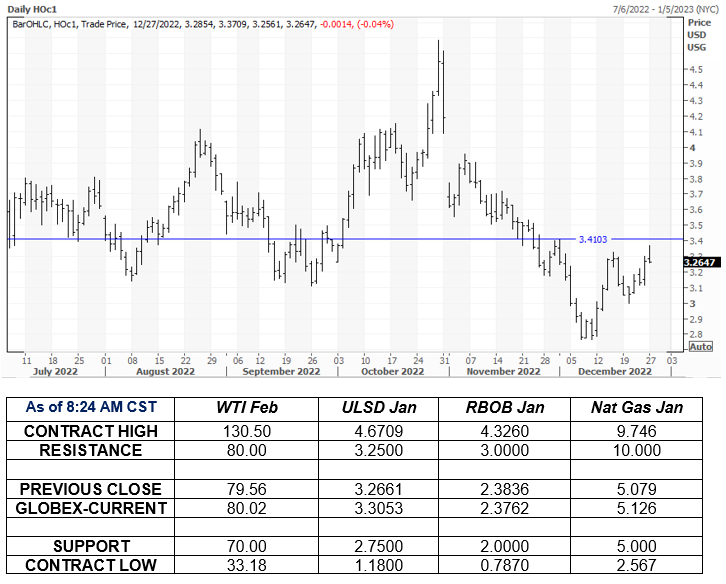