Outlook: Energies are looking to break out of the slide we’ve seen over the last several sessions today. The market this year has seen aggressive volatility which has taken a toll on traders. While WTI traded over $130 back in March, it will look to settle in just a few dollars higher than where it started the year. Diesel futures have seen the most significant yearly gain and are trading roughly a dollar higher than year-ago levels. Volatility is expected to remain elevated in 2023 with financial tightening and global recessions looming. Trade today will remain thin ahead of the long holiday weekend and could cause some sporadic trade.

Continuous Daily RBOB: RBOB is looking to test its 50-day moving average for the first time since November with the January contract slated to come off the board today. RBOB saw a pretty bullish fundamental report yesterday with a strong uptick in demand and a 3.1 million barrel decline in inventories. 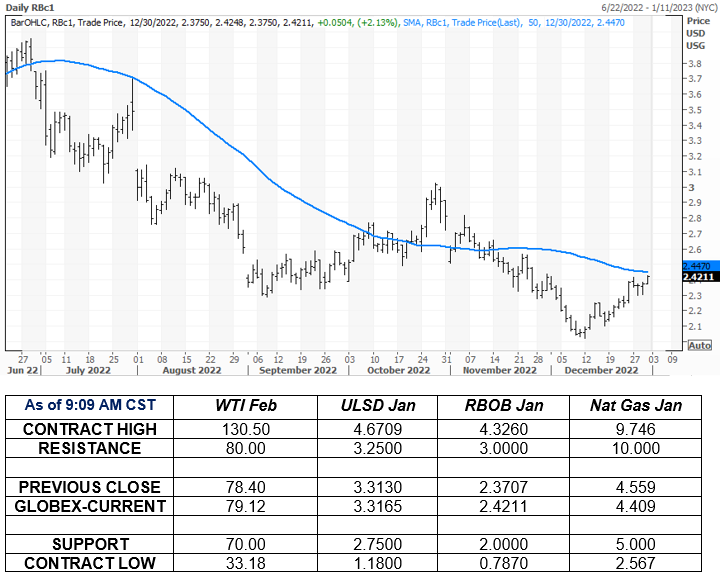