Outlook: Energies are working marginally higher to end the week after the sharp selloff to start the year sparked purchasing. Yesterday’s EIA report revealed the effect of the winter storm last week. A sharp decline in refinery utilization counteracted significant demand loss and ultimately ended in a stalemate from a price-driving perspective. Macroeconomic concerns will likely carry heavy weight this year however a larger-than-expected non-farm payroll report is largely being shrugged off today. Energies have managed to disconnect from outside markets this week however this may be a short-lived trend. Look for additional demand data out of China next week and US inflation data to help establish market direction in the near term.

Daily WTI: After hitting its upper Bollinger band, nearby crude sold off 9% through two sessions. Despite the sharp move lower, the market did not tip oversold from a Bollinger or 14-day RSI value. Crude may find nearby resistance at the middle Bollinger band at $76. 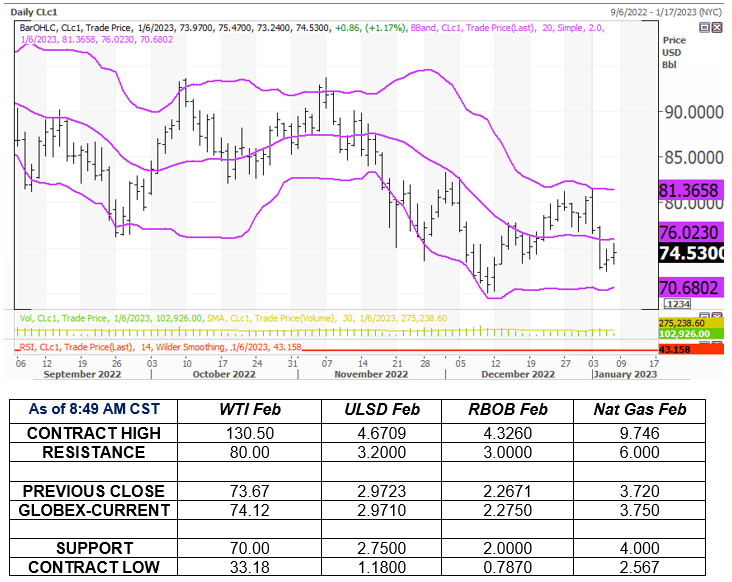