Outlook: Energies are again trading higher to start the morning for the third consecutive session this week. WTI barely escaped with a gain yesterday after a significantly larger-than-expected crude build posted in an industry survey yesterday afternoon. The EIA returns to its regular release schedule this week and will have official government data out at 9:30 CT. The EIA released its STEO report for January yesterday, which included 2024 forecasts. The EIA expects crude prices to fall further into 2024 and a positive response from demand in reaction to the lower pricing. They expect Brent crude to average $77.57 in 2024, down from $83.10 in 2023. WTI crude currently trades at just under a $5 dollar discount to Brent 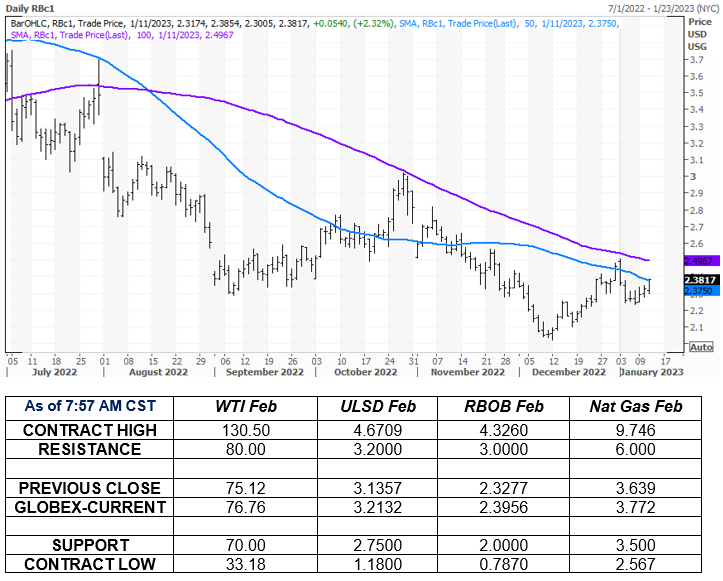