Outlook: The energy complex is finding strength again today. What appeared to be a relatively bearish EIA report yesterday was largely shrugged off. The 18.9 million barrel build in crude was the third largest on record, funded by the winter storm and a significant drop in exports. The market is focused on global demand, specifically around China. An uptick in Chinese purchasing suggests that demand is recovering despite the ongoing covid outbreak. It’s worth noting that China has not released any covid data this week but the market seems to be aware that case numbers are likely higher than reported. Energy is also finding a boost from outside markets today, with December inflation data coming in right in line with estimates. The healthy decline in inflation increases the hope for a Fed pivot towards a more dovish path and a better possibility of a soft landing.

Russian Price Cap: The now-enforced Russian oil price cap is showing positive signs of working as intended. Crude shipments out of two major Russian ports averaged under $40 a barrel in the first part of January, according to Argus Media data. That’s down over 35% from November and 50% from June. Comparatively, Brent crude fell 15% and 37% respectively. 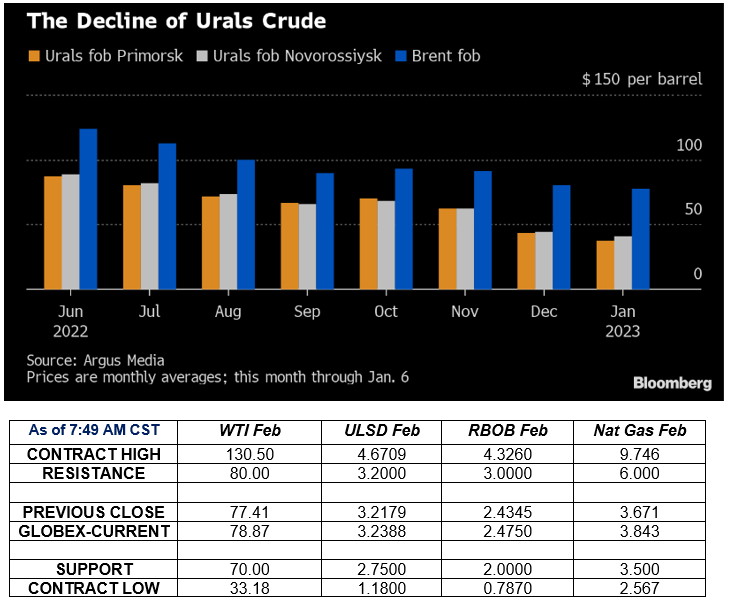